Learning from the Nuba:
Civilian resilience and self-protection during conflict in South Kordofan (Sudan)

Since conflict broke out in Sudan’s Nuba Mountains (South Kordofan) and Blue Nile in 2011, L2GP has worked closely with community led self-protection efforts there.  You may learn more about this work in the full study (2011), several subsequent papers and a short documentary film about the situation in the Nuba Mountains from 2014 – all of them listed here:
6. Learn about the unique local agency and aid efforts in the no-go-areas of Sudan’s Nuba Mountains from 2011 till today in the visual story “Leaving no one behind…”.
5. “Experiences with local and global responses to the protection crises” – South Kordofan and Blue Nile, Sudan 2010 – 2015. This paper was published in late October 2015 and may be read and downloaded here.
4. “Fighting bombs with Perfume” – a short video about women led protection in Sudan was released in September, 2014 and may be watched here.
3. “Women-led protection in South Kordofan, Sudan” was published in January 2014 and describes in more detail continued community based protection activities of local NGOs and in particular the local Women’s Association. This update can be found here.
2. “Protection in Sudan’s Nuba Mountains: Local achievements, international failures” presents early findings from a local civil society initiative with self-protection in South Kordofan/Nuba Mt. The paper was published in February 2012, and it can be found here
1. The original full study “Learning from the Nuba: Civilian resilience and self-protection during conflict in South Kordofan (Sudan)” was published in August 2011 and can be found here here. 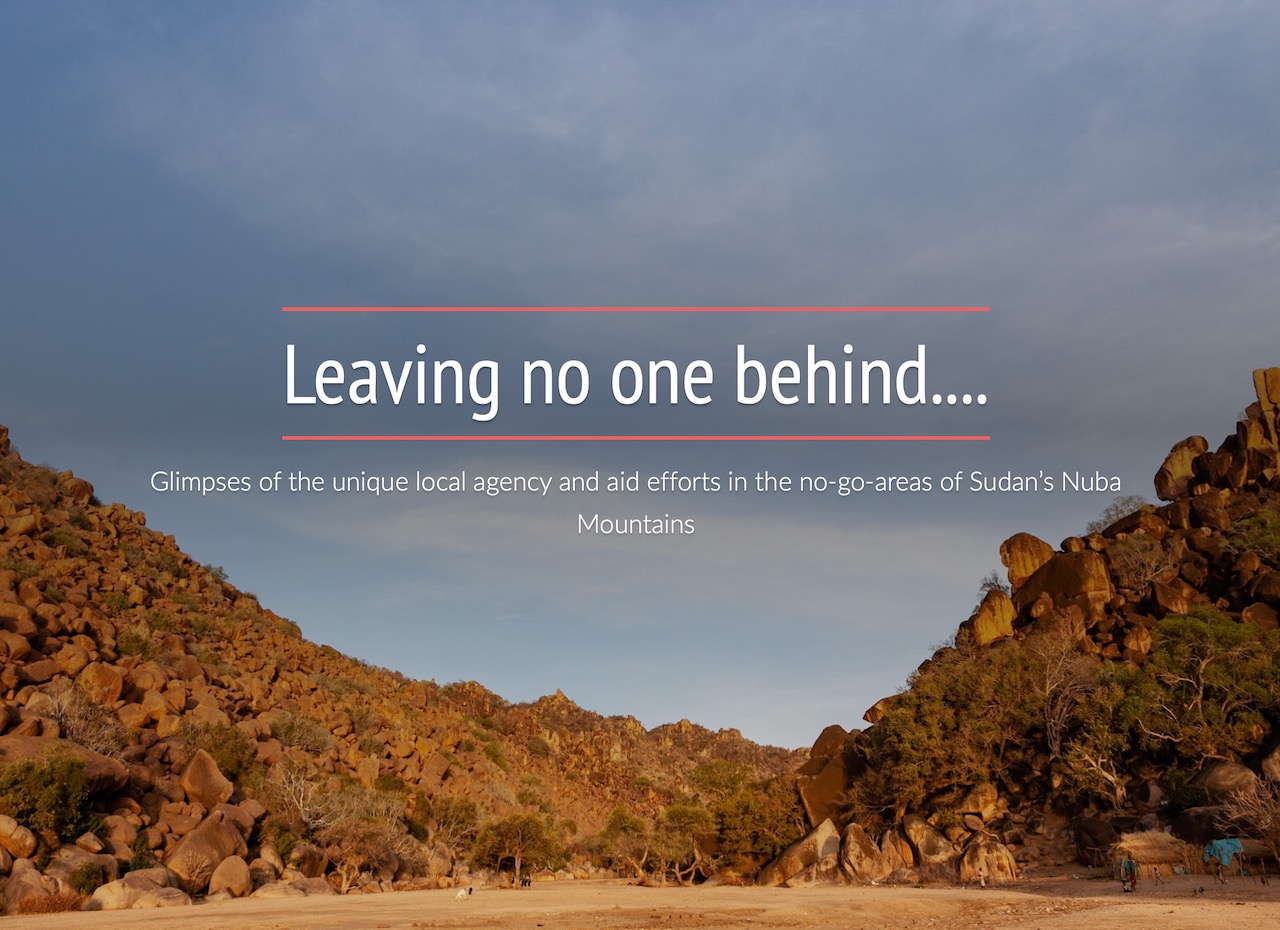 More about: Learning from the Nuba: Civilian resilience and self-protection during conflict in South Kordofan (Sudan)
The full study presents the findings from a field-study in the Nuba Mountains of South Kordofan State, Sudan. Its intention was to learn from the experiences, perceptions and insights of local communities who lived through the 1986-2005 war and subsequent Comprehensive Peace Agreement of 2005 to 2011.
In June 2011, while the lead researcher was in Nuba cross-checking core study findings and possible further practical applications, the current ongoing conflict started and quickly spread across much of the original research area.  This rapid and brutal return to war provided a tragic opportunity to extend the study, one that clearly required a more hands-on, action-oriented approach to learning by doing.
Based on extensive local research, the study elaborates on a number of issues such as: